DCs Collection Dept. is Pissing Me Off!

So, the second volume to the planned four part New Gods Omnibus collection has been delayed a second time. What DC? Seriously? Is it so hard to reprint something? I know you might want to add extras and commentary but come on, that's just dumb. you had months to do that and now you've delayed volumes 3-4 as well.

Also, DC has canceled several of it's showcase volumes. A couple of which has made people think that DC is scared to solicit any collections with material from the mid-70s and up because of high royalties. So now I won't be getting that Suicide Squad book. Sad, isn't it?

Come on DC, stop being punks. You're really starting to alienate your fans. I've got an itch to drop more comics and buy more anime more and more lately.
Posted by aoy at 3:04 PM No comments:

For Anna Tsuchiya. I bought the import single w/DVD I can't play. Here's the video for it. Not a fav song but I like her voice and she's hot. The video is pretty fun.

Live performance of my second fav song of hers, Frozen Rose. My first fav is Ah Ah which has a ton of rock energy.

Email ThisBlogThis!Share to TwitterShare to FacebookShare to Pinterest
Labels: music

Top 5 For The Week

I acknowledge I need to try more Marvel and indy books but right now I'm pretty much set in how much money I'm willing to spend.
Posted by aoy at 2:57 PM No comments:

Email ThisBlogThis!Share to TwitterShare to FacebookShare to Pinterest
Labels: comics

Props to This Is Anime

One of the websites I order from, This Is Anime, I got to give props to. Not only are the prices really good but I recently had a problem with an order I made. One of the titles went from in stock to back ordered. After waiting for a few weeks for them to get it in I contacted them about just a refund or credit and they allowed me to pick replacement and BAM! shipped a few days later. In fact, like two hours after I read a reply email saying that they'll ship it out immediately. While I'll have to wait a while to pick up the Project A-Ko complete box I will soon enjoy the complete Red Garden series. I saw the first episode at anime expo and thought it was strange and had wonderful animation.

Well, that's that for a cheap plug. I also shop at Discount Anime DVD. Usually for the few manga I like. I see Project A-Ko collection on Amazon and merchants. maybe in a while I'll order it from there.
Posted by aoy at 2:42 PM No comments:

Not much going on. Other than BATMAN KICKED MUCH ASS THIS WEEK! SINESTRO CORPS. WAR RULZ!!! L337!!! WOOOO!!!

Yeah... anyway, looking to next week(that woman at the comic shop better have put that 40 bucks on my account right or I'm gonna be a tad bit angry) I'm actually looking forward to the Dirty Pair book. Hopefully the shop gets it seeing as it's actually a translated version of the novel that started the franchise which is best known as an anime series/movie and Adam Warren's ahead-of-it's-time Amerimanga. Not much else upcoming I'm too excited for. September brings a whole mess of coolness but on top of all that... EXCEL SAGA VOL. 16!!! I think I've been talking about this since last December. I'm sure there will be other goodness. Like the late second volume of Jack Kirby's New World Omnibus.

Galería completa
Posted by aoy at 3:21 AM No comments:

And congrats to Renee Montoya, she's fictional, for what i view as an upset win in best female character category in the Wizard Fan Awards. 52 overall did well with best ongoing(though it was a very large maxi series), covers, editor, and one of it's writers winning best writer.

Renee probably has the least pics of any of those nominated online. I'm just wagering a guess here as I don't remember the other four. I'm sure it'll be like Supergirl or Ms. Marvel, Rogue or some such.
Posted by aoy at 11:10 AM No comments: 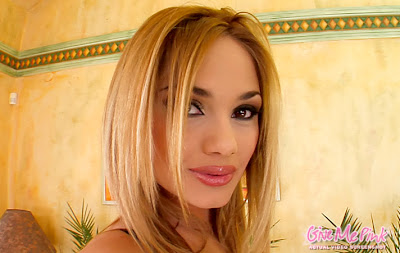